ADB Compliance and how could it affect your design?

In England and Wales, Fire Regulations are known as ADB or Approved Document B. They outline the set of fire safety standards a building must meet by law.

Fire safety can seem complicated, particularly for those working on three storey homes, but it’s essential you comply with ADB and building regulations. Let our guide help you through the key points to consider.

Providing a protected escape route is a building regulations requirement. Any door opening onto an escape route or operating across one is likely to be designated a fire door. A properly fitted and functioning fire door can help to suppress a fire by restricting the amount of oxygen available. When closed, the fire door is also designed to endure the fire for a prolonged period, which gives time for people to evacuate, for the fire fighters to arrive, and for fire suppression systems like sprinklers to get to work. After evacuation, fire doors should also continue to provide some protection for the fire fighters entering the building.

It’s worth noting that fire doors are also necessary for properties with an integral garage and a third storey, or a loft conversion. Both require what’s called ‘one-hour fire resistance’ on the separating ceilings and fire doors – above, for the garage, and below, for the basement. The door between the garage and the house must also be a fire door, and there has to be a step up from the garage into the house to protect the house from any burning fuel that could spill out of a vehicle.

Building a room into the roof of a two storey house creates a potentially increased risk to the occupants of that floor, in the event of a fire. Three storey homes must have a protected escape route. It should lead from the new rooms at the second level to a final exit at ground level (e.g. the front door). This escape route must have 30 minutes fire resistance and the doors must be fire doors. Existing floors that separate rooms from the landing area might also need to be upgraded so they achieve that 30 minutes fire rating.

It’s usually necessary for the escape route to lead directly to the final exit and external air (outside) without passing through a room. If this can’t be achieved, you can form two alternative escape routes to exits separated from each other by fire resistant construction and fire doors.

Achieving the above requirements can be difficult for houses with open plan ground floor layouts, but the building regulations allow an alternative fire suppression sprinkler system.  By using this option, the ground floor is separated from the upper floor by a fire resisting partition and fire door at either level. Do take into consideration that a fire suppression system can be fitted to cover the ground floor only if the kitchen is separated from the space by fire resisting construction. This then allows a viable alternative escape route from the new loft rooms via suitable windows at the first floor level.

Worth remembering when you’re decorating is that the development of intumescent paints and stains has made it so much easier to fireproof walls, ceilings and doors. These products work by expanding when they get hot, creating an insulating blanket over their surface.

Explore some examples of compliant open plan homes after a loft conversion.

It is essential that some alarms be fitted on every floor level. These should be mains powered with a battery back up supply and conform to BS.5446. They should be fitted in hallways and landings, following the manufacturers’ guidance. They should also be linked, so that if a single unit is activated, it’ll set off all the alarms in the house.

There are four main types of smoke alarms: 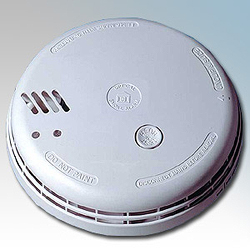 Since 2002, building regulations have required an escape window or ‘egress window’ in all habitable buildings above the ground floor. The regulations are specific about what constitutes an egress window:

For most windows, the regulations won’t present a problem, but they may affect a few designs. Simulated sash windows, which open outwards, would not be acceptable. Neither would narrow windows with fixed vertical bars. Both can be reconfigured to meet guidelines, however, with a flying mullion detail – an open casement with the vertical bar attached to the outer edge, rather than in the frame.

There are no fire regulation requirements to use sprinklers, though they’re commonly accepted as an alternative method of fire safety compliance. While they undoubtedly make our homes safer, the cost and complexity of most traditional sprinkler systems means they’re often dismissed. There are a number of fire protection companies who have developed easy to retrofit and affordable alternatives to sprinklers that can be used to meet building regulations. Other options include smoke vents, which also comply with building regulations and can be used to facilitate open plan layouts. 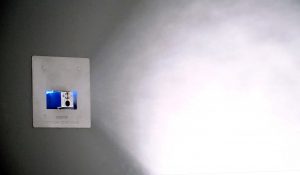 It’s worth noting that legislation has recently been passed in Wales requiring all new properties to be protected by sprinklers and this requirement is expected to be enforced in due course.

More to learn from Building Regulations