Thinking of refurbishing your home, but bamboozled by all the terminology? Check out our handy A-Z guide to the building world:

An architect designs buildings and makes sure they’re built correctly. They’re also needed any time you make a structural change to your property, like removing or adding walls. 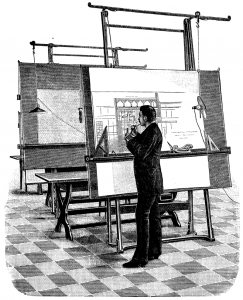 Asphalt is used on flat roofs and floors. It looks like black tar and repels moisture.

A board that covers the gap between a floor and a wall.

Technical drawings prepared by an architect that shows the exact detail of your property.

This is used in bathrooms and kitchens to seal gaps. It helps to prevent leaks and acts as a seal.

The wall of a building that’s actually formed from two walls with a space between them. This keeps out the cold air and water.

A central heating boiler that provides instant hot water. When you have a combination boiler, you don’t need water storage tanks or hot water cylinders.

The bottom one metre of a wall that’s covered in timber is called a dado. It usually covers the area most likely to be affected by rising damp. The top edge is called a dado rail.

This is where a layer of moisture-repelling material is put into a wall to prevent damp. The most common materials used for this are PVC, slate, felt, engineering brick and bitumen.

A fungus that can eat away at wood, often with serious results. It thrives in damp, unventilated and moist homes.

A type of paint that dries to a smooth, hard finish.

The lower edge of a roof. 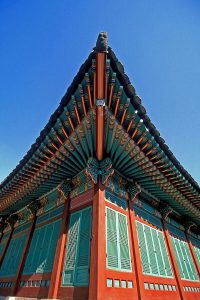 A very strong type of brick that’s used as a damp proof course in older buildings.

The first fix means any work that’s part of the making of the frame of a building, like the roofing, floor joists, door frames and wall studding.

The Second Fix means any work that’s required to finish the building, which would include adding floorboards, window boards and skirting.

Both the first and second fix will usually be carried out by a carpenter. After the first fix they’ll leave the building site to allow plumbers, plasterers and electricians to carry out their work, before returning for the second fix phase.

A drawing of a building that shows you the suggested design. It usually includes windows, doors and stairs. 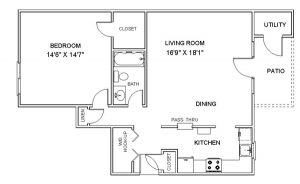 A sheet cover made of metal or cement, which forms over a joint between a chimney and a wall to make it waterproof.

The structural base of a building, usually laid underground. Normally made of concrete, in older houses they can be made of brick or stone.

A mixture of sand, water and cement or lime that’s used to fill in between bricks or stones. When building walls. It’s also used for filling in the joints between wall and floor tiles.

The type of shine of paint. There are many different versions – flat, velvet, eggshell, semi-gloss and high-gloss. The higher the gloss, the more longer lasting it is.

A channel along the eaves of a roof, which is used to collect and remove rainwater.

The sloping angle where two roof planes meet to form a ridge.

Wooden fibres that have been felted and pressured to produce different thicknesses – medium, standard and tempered. One face is smooth and the other is textured. They can even be veneered so they look like tiles.

Broken bricks or stone which are used as a foundation for paths, driveways or solid concrete floors.

A material used to prevent heat loss in a building. Insulation is usually placed in the ceilings, walls, roofs, lofts and floors. It can help reduce heating and electricity bills and helps with soundproofing too.

A type of paint that’s used as protection against fire. When exposed to heat, the paint swells into a foam which either delays or prevents the fire affecting the material underneath. It can also be used to seal gaps around doors.

The vertical side of a doorway or window.

This describes the mortar (the mix of sand, water with cement or lime) that sits between bricks and stones.

A wooden or steel beam that supports a floor or ceiling. 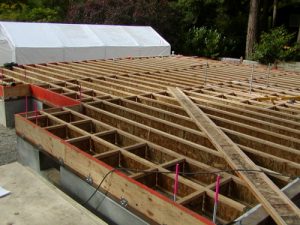 This is the roughness of a surface which will allow paint, plaster or tiles to be fixed to it more easily. You can use sandpaper to roughen up a surface.

The bottom rail on a door.

A long, thin strip of wood which is used to make a structure to support plaster on walls or tiles on the roof of a building.

A door or window with flat sloping pieces of wood, metal or glass across it, which allow light and air to come in while keeping the rain out.

A building that’s joined onto the side of a larger building where they both share one wall.

A type of roof with four sides that each has two slopes. The lower one is steeper than the upper one.

This stands for medium-density fibreboard, which is a  ​type of ​board made from very ​small ​pieces of ​wood that have been ​pressed and ​stuck together. It’s used for making ​furniture.

A floor between one floor of a building and the next floor up. 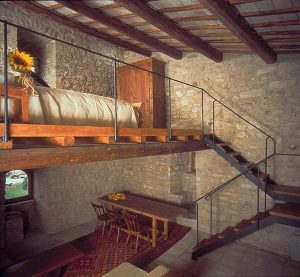 A mixture of sand, water and cement or lime used to join stones or bricks together. It’s also used for filling.

A post that supports a staircase handrail at the top and bottom of the stairs. It can also mean the supporting central pillar of a winding spiral staircase.

A small, thin piece of metal with a pointed end and a flat end that you hit into something with a hammer to join it to something else.

The finish to the ground surface between suspended floors.

Used on a hot water heater or boiler. It prevents the build-up of steam by releasing it when the pressure reaches a certain level.

A low wall along the edge of a roof or balcony.

A wall, which divides two buildings that are joined together, but belongs to both of them.

The angle of slope to a roof.

Wood that’s made of several thin layers of wood glued together with the grain at right angles.

The outer edge of the mortar joint between bricks and stones.

The outside corner where two brick walls meet.

A half of a brick, cut vertically and lengthwise.

This stands for rolled steel joist and is a beam with an I or H shaped cross-section.

The vertical part of a step or stair.

To put a first layer of plaster or cement on a wall.

A wall built to hold back a bank of soil.

The frame of a window that holds the glass.

A large container that’s usually underground, in which solid waste and urine are decomposed by bacteria.

The movement of land or a building as it sinks to a lower level.

A valve on a gas or water supply pipe that’s used to cut off the supply. 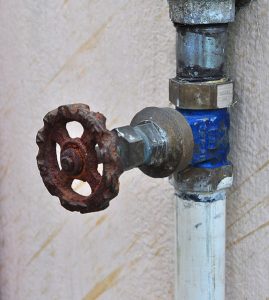 A carpentry joint on a board or plank where the jutting edge (tongue) of one board fits directly into the grooved end (groove) of another board. It’s usually seen in hardwood flooring.

The horizontal piece of a step or stair.

This is when mortar (sand, water and cement or lime) is spread under roof tiles or slates to help prevent water penetrating them. This isn’t needed if a roof is underlined with felt.

A horizontal bar of stone or wood either across a window, or separating the top of a window or door from the window above.

The first layer of paint applied before the topcoat. Sometimes this is called the base coat or primer.

A lining of felt or PVC laid over rafters and beneath tiles to give the roof a second line of defence from the weather.

This is a way of strengthening weak foundations by placing a new, stronger foundation beneath the original.

The edge of a roof around a dormer window or skylight.

A thin layer of decorative wood or plastic, which is used to cover a cheaper material.

A pipe from a wash hand basin, sink or bath that carries away waste water into the drains.

A particular type of beetle that makes small holes in wood as it feeds on it. If left untreated, this can cause serious structural damage. 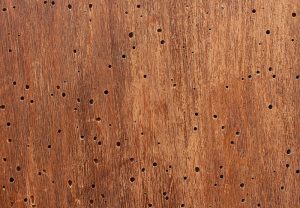 Damage to wood caused by woodworm

This can either mean a slight slope to throw off rainwater, like on a windowsill, or changes to the colour or form of a building over a period of time because of the effects of the weather conditions.

More to learn from Managing Your Renovation